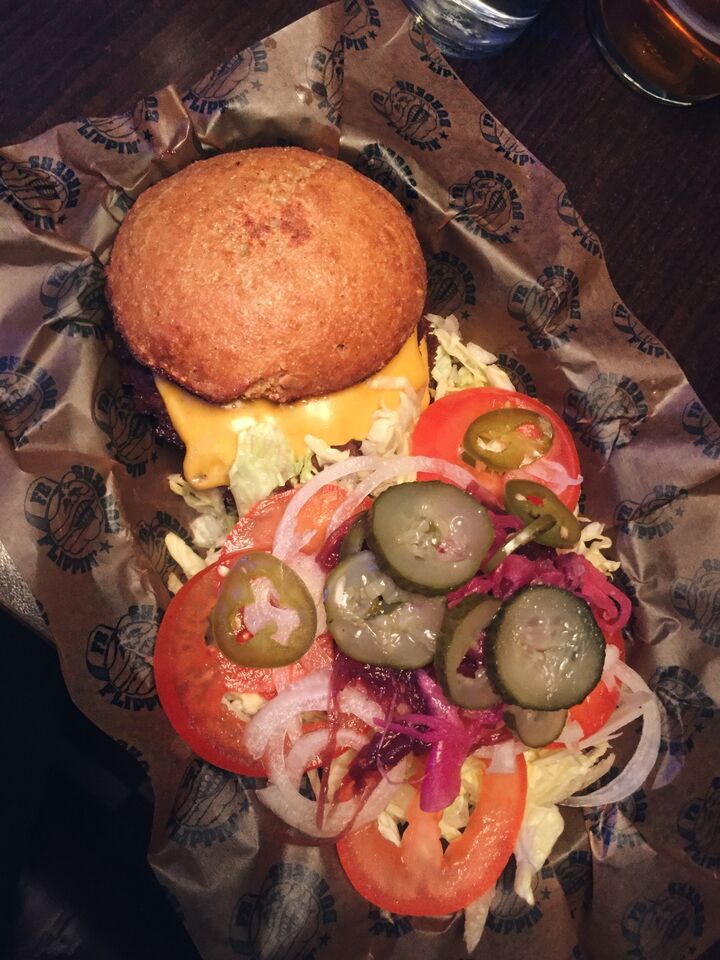 Eating out and learning what restaurants you can trust can be tricky, this is why I am here with honest reviews to help!

On Thursday night my friends and I went to the highly recommended Flippin’ Burgers at Vasastan. The restaurant was founded by Jon Widegren who was inspired to start up his restaurant after a six-week long road trip to America. I had high expectations and was looking forward to tucking into some fries and a juicy burger as the reviews on TripAdvisor had suggested. 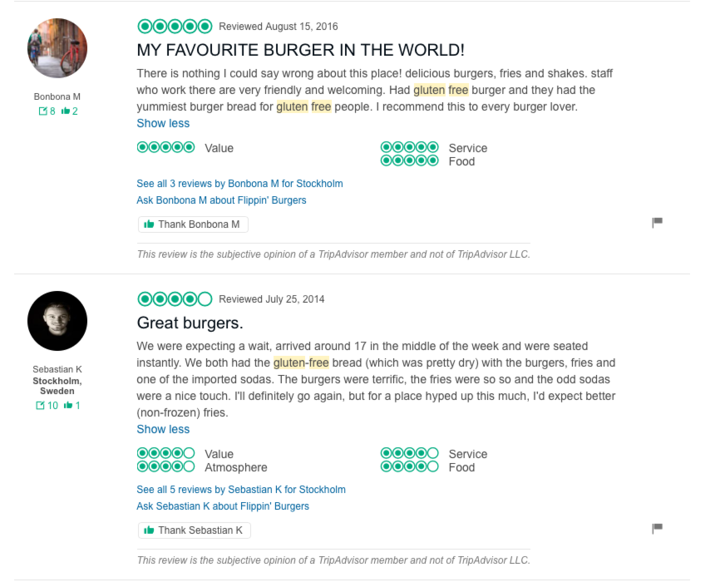 The restaurant has a no-bookings policy and was booming upon arrival meaning we had an hour wait at the bar which was more than fine and as we expected from such a popular place. Whilst we waited I had a Ben and Jerrys Vanilla milkshake, other options included cookie dough and brownie (obviously not gluten-free), after explaining I had Coeliac Disease the bartender was kind enough to clean the blenders to avoid any cross-contamination. The drink was delicious!

The menu was small with a choice of roughly six burgers (including a veggie option that was not GF). I asked the waiter if the mustard and mayo in the burgers were GF, as from previous experience I know, not all types are, he was pretty clueless but was able to get me an allergen chart so I could figure it out myself. Luckily for me, I was with three Swedish friends who was able to translate it for me, but you may have difficulty if you don’t.

The sauces were free from gluten but turned out the fries actually contained traces of gluten even though the TripAdvisor reviews suggested differently. This was rather disappointing and there were no other sides on the menu, but the kitchen was able to make me a side salad of the burger fillings instead. The pictures show a comparison of gluten and non-gluten buns, as you can see the gluten free bun was a little smaller but still tasted great.

Overall, I was happy with the visit and all staff was happy to help once I explained my situation. I probably wouldn’t go again due to the limited choice and lack of GF fries, but the place had a really good vibe and I didn’t become ill after eating any of the food.

So sad that they can’t do gluten free fries!! Such a bummer

Unfortunately, they buy frozen fries from another company which is made in an environment that has a possibility for gluten cross-contamination. So their fries are considered un-safe for those unable to consume any gluten at all.

#3 Yeah, kind of suspected as much...that this could bee the cause...